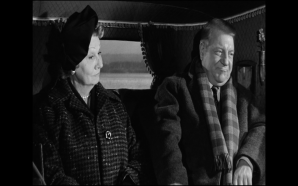 Gabin returns as Maigret, this time in a nostalgic vein. The countess of St. Fiacre (Valentine Tessier) has received a death threats stating she will die on Ash Wednesday. She calls upon Maigret to return to the village where he grew up and help her with the case. Maigret had a crush on the Countess as a young boy, and the Countess, a warm-hearted woman, enjoyed being the object of it. Maigret ´s father had once managed the Chateau where he will now be a guest and indeed he´s got the Countess to thank for his education. There´s a real fondness and complicity on the ride from the train station to the Chateau between the characters and indeed the actors playing them. It´s lovely.

The Countess dies as advertised, in Church, and during Mass no less. But who did it and how? There are lots of suspects: Lucien Sabatier ( Robert Hirsch), a young secretary and confidante gave her an injection the night before and he´s been trying to buy a flat in order to get married and needs money, the young Count (Michel Auclair) has been buying yachts and horses in Paris with money he doesn´t have and he´s being hounded for writing false checks; the village Doctor (Paul Frankeur) hasn´t been taking very good care of her. Many people have their reasons. At the end Maigret does a Poirot, gathers all the suspects for dinner at the Chateau, and reveals who the culprit is. 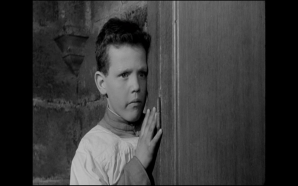 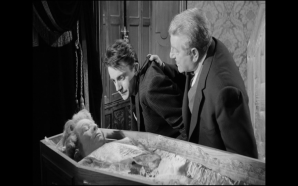 A slight but very satisfying film, well if unexcitingly directed by Delannoy. Much of the beginning is infused with nostalgia. We get a lovely feel for village life and how it´s changed. Structurally this is developed through a homology between the altar boy and Maigret who used to fulfil the same function in the same place when young. This is also developed by Maigret recognising all the villagers he once new and who tend to recognise him only once they clock his blue eyes (see below). The screenplay is very tightly structured so for example his visit to the Caretaker who has replaced his father in post takes place almost exactly half-way through the film. He also learns that the education of this caretaker´s son has been provided by the Countess, just as she had done for Maigret himself when he was young, and this other homology rhymes and differs with that of the altarboy. We will see that this young bank clerk is no angel. This is a tightly and well-structured film.

It is also a gently paced one, but the pace well seasoned by a sprinkling of suspicion over practically everyone. Everything is seen through corners, doorways and passageways (see above),  through the corner of an eye, generally Miagret´s. Thus the film shows clues as partial whilst making everything suspiciously interesting, particularly when the corpse is still upstairs, and parts of it remain visible in the corner of the shot during questioning.

Maigret´s eye of course is observant. And Gabin´s eyes are not only blue, but completely transparent. A look, a shrug, a curt coded phrase. He doesn´t say much but he communicates everything. Perhaps Gabin is at his very greatest in these slight genre pieces where it´s his presence alone that warrants reasons for viewing.

Delannoy doesn´t dazzle visually. He tend towards triangular compositions and, with a few exceptions, one of which you can see below, keeps the symbolism largely at bay.

As you can see from the clip below, Delannoy does know how to film dynamically to keep the image interesting. Here Maigret moves through the newspaper printing presses though to the offices. It´s quite a lot of time to devote to the scene in terms of its import to the plotas a whole. And it´s clear that Delannoy is merely taking pleasure in showing us the workings of the newspaper. And I´m reproducing it here because it induced nostalgia in me. This is how many people even a village paper employed. Look at all the jobs in soldering, laying out the print, typesetting, printing and distribution. Not so long ago all papers functioned this way, and the larger ones, like the Montreal Star I visited as a child,  were an industrial marvel to behold.  Ahhh. It´s a minor, well-made film that incites all kinds of nostalgia. Gabin is perfect

I have written on two other Maigret/ Gabin films here:

-the previous one with Delannoy:

And a later one directed by Gilles Grangier: