A dream of a movie, structured as a revery. It’s full of striking images one still remembers (the couple in bed, the men with tuxedoes in a golf course, angels over a nightclub, the cruising in the cemetery, the beautiful man wafting through Mapplethorpe photos projected onto flowing sheets) but was commissioned by Channel Four for ‘Out on Tuesday’. Rarely has the question of ‘Is it film or television?’ mattered less. I was drawn to it for the velvety texture, the sheen, and depth of its images: the film looks like a mixture of the b&w lighting of Hurrell, Beaton, and Mapplethorpe, with a dash of Ven Vechten thrown in to pepper up the look. Rarely had black men been photographed more beautifully to that point. Moreover, the film had a chic, a quality that pointed to Europe. Poitier and Belafonte were beautiful and sexy, and they had a natural elegance, but the only black men I’d seen wear fashion with elegant nonchalance to then was Terence Trent D’Arby. The film itself and the people in it were thrilling to just see. And then there were the sounds: Bessie Smith singing, Langston Hughes reading his poetry in front of a jazz orchestra (‘The day is coming this is gonna be my song… I could be blue but I been blue all night long), Jimmy Sommerville, Essex Hemphill; all layered over images, archival and imagined, structured as a dialogue on diasporic queerness between the past and the present, the UK and the US. If the film tried to make sense of the past, it did so to understand its present: questions are dramatised visually around representation, racism, desire, power, AIDS. It’s theoretically informed too with the writings of Stuart Hall, Kobena Mercer and others acknowledged in the credits. So a queer, black, avant-garde, medium-length film designed to spark the mind and fill the senses. A rarity that filled mine. On a personal level, whilst I had already been writing on film for a decade, and indeed already awarded the national prize for film criticism, an article I wrote on the film for Jump Cut was my first scholarly essay to be published, and the process of writing the piece itself led to many life-long friendships. 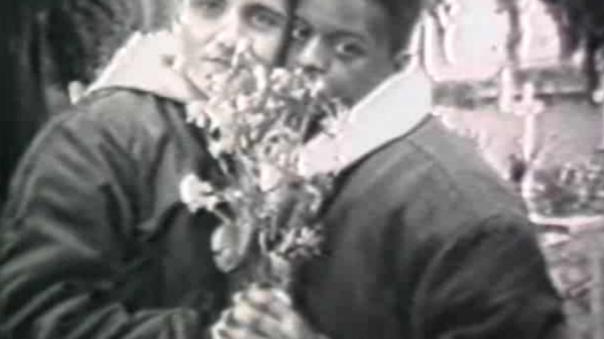 For those of you who might be interested, I see that an article I wrote on the films of Isaac Julien over a quarter century ago is freely available online at Jump Cut here: https://www.ejumpcut.org/archive/onlinessays/JC36folder/IsaacJulien.html