A highly-saturated neon-noir. John Wick: Chapter 2 is all Keanu Reeves, action-set pieces in exotic locations and attitude. Keanu has the face of an oriental sage, a body that’s imposingly lean and athletic, and the stance of a surfer dude who’s acquired sophistication along the way but still doesn’t get wit: He tries, and the camera helps him along. But who cares? He’s got a marvellous stillness, a face so full of architectural planes it refract enough shadow to sculpt darkness out of light: you can project anything you want onto it, onto him, and it projects something back, maybe something different for each of us but maybe also something sad and broody that’s unique to you.

The film is an updated notion of dumb fun. The plot merely an excuse for staging exciting action in glamorous places. The fights are indeed exciting: they’re well-choreographed against museums, art installations, subways (Montrealers might recognise the Place des Arts metro), Iconic monuments – this time mainly in Rome and New York.

In between fights, treasured character actors are given a chance to conjure some laughs and shine: some succeed (Lance Reddick, Ian McShane, Laurence Fishbourne), some don’t (John Leguizamo, Franco Nero, Peter Stormare). In a sense, the film reminds me of Speed (Jan De Bont, 1994): everything in the movie is designed as pace-in-time, to showcase action; it’s all move along, move fast, and bang bang against a series of distinctive images. But Keanu has a very particular and distinctively pleasurable way of holding a gun: elbow in, eye on the trigger. And Chad Stahelski knows how to stage action so that one sees the complete movement, is aware of the geography of characters and bodies, and in backgrounds that add visual pleasure and thematic density (the mirrored ‘Souls’ installation near the end). It’s a great-looking film (shot by Dan Laustsen) , a brightly hued noir that adds a sharp if artificial light to a series of explosive actions amidst an encroaching darkness. All of that plus Dog. Great fun. Even better than the original.

PS Since writing the above I’ve come across a really interesting analysis of Keanu Reeves by Angelica Jade Bastién for ‘Bright Wall/Dark Room’ that you can find here. 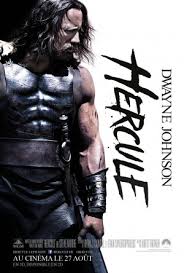 What is the point of this Hercules movie? I suppose it offers scope for action, spectacle and lots of special effects. But special effects are no longer sufficient to make spectacle spectacular: in the first five minutes of this film, as we’re giving the back-story, we’re shown mythological beings, places and Gods that in a 1960s movie would each have constituted a thrilling climax but here seem rather a yawn: snakes coming out of Hera’s eyes, multi-headed water monsters; it’s like most of the twelve labours of Hercules are depicted in the introduction of the film and, whilst one finds them difficult to improve upon, one also remains unengaged.

This version of Hercules is based on the First Limited Edition Radical comics re-working of the story, The Thracian Wars. What we’re introduced to here is a human-scale Hercules who with a band of marauders pretends to have the power ascribed to him in order to help other soldiers find the strength they think they lack inside themselves, which is eventually what happens to Hercules in the rest of the film. The plot revolves around two narrative lines: as background we’re told that Hercules’ family is killed by a pack of wolves whilst he’s asleep and there’s some suspicion that he did it himself; in the forefront of the story a Princess convinces Hercules’  to help her father protect his kingdom; he outfits and trains the Thracian army and then has to deal with the consequences. Neither of these plot-lines is what it seems and the resolution to both dovetails nicely at the end.

The film seems bloodless to me. Part of the problem is Dwayne Johnson, who usually exudes warmth and humour; here he just seems a big hulking blank. His being surrounded by British actors who wring laughs and garner effects from the meager materials they’re given to work with (Ian McShane does wonders but Joseph Fiennes and John Hurt also deserve credit) does not help his case; neither I suppose does his being given little to express (strength and stoicism interspersed with pain and loss) whilst being given much to do: he’s basically required to carry the whole film on the basis of his body and what he can do with it. It’s a two-note performance and he never makes us care what happens to Hercules though it is also true that we’ve rarely cared much what happens to Hercules in the past as we always know he’ll win. This film tries to inject the possibility of a different outcome but does not succeed; one just ends up staring at Johnson and his big hulking biceps with the huge popping veins and instead of being wrapped up in a story and feeling that there’s something at stake in it, something meaningful to oneself, one’s eyes begin to wander and one starts  to notice that his veins have slight pops and then one asks  whether what one’s seeing is scar tissue from track marks and so on. The story doesn’t grip.

The actors sometimes do. I was quite taken with McShane as noted above but also with Joseph Fiennes who it now seems inconceivable was until so recently thought of as a leading man: here his form is meltingly crooked; his face first that of a mindless saint, then later something reptilian and deadly; throughout he reminds one of a leering El Greco figure. John Hurt is good too but we’ve seen him do this before and it lacks excitement. Rufus Sewell is fine and looks exceedingly handsome. The women are not given much to do except look pretty which they do. But in the middle of these bursts of pleasure there’s Dwayne Johnson, not particularly handsome, not particularly sexy and not at all exciting.

The special effects are excellent; the fictional world is well-visualised; the 3-D so good one can almost touch the spears jutting out at the audience; it’s even hard to fault (much) the action scenes. However, how does this character of Hercules relate to us? What is he fighting for that can act as a metaphor and imaginary resolution to our own struggles? Why should we care that he win? The film offers no answers to these fundamental questions; and without answers the film feels a ‘tale told by an idiot, full of sound and fury, signifying nothing’.

I noticed that Jack the Giant Slayer was still playing and finally went to see it because it’s directed by the man who made The Usual Suspects. I should have remembered Bryan Singer is also responsible for Superman Returns

. The film is bloated, charmless and dull. Ian McShane and Ewan McGregor twinkle with decreasing success as the film proceeds; and I’m simply beginning to hate the sight of Stanley Tucci; I suspect the reason he keeps getting cast in so many gay roles is because an air of effetely disdainful superiority, all he currently seems to offer as an actor, is all that casting directors expect an actor to exude in such roles.