A timely and important new biography of director Michael Curtiz, sure to remain the definitive one for years to come.

Michael Curtiz was the most important director at Warner Brothers during the whole of what has come to be known as the ‘Studio Era’ and the period of ‘Classic Hollywood Cinema’. He was at Warner Brothers from  1926 when he directed The Third Degree starring Dolores Costello and Louise Dresser to 1955 when he left Warners for Paramount to direct White Christmas, a classic probably still playing at a screen near you (it’s screening near me at the Electric Cinema in Birmingham today at 18:00). You may want to take note, as I did yesterday, that the film is billed as ‘Irving Berlin’s White Christmas.’

So many of his movies are still so beloved today that the question around Curtiz has always been why he hasn’t been awarded the kind of respect ritually thrown at John Ford, William Wyler, John Huston, Alfred Hitchcock, George Cukor or any other director working in Hollywood during that period who is routinely ranked as ‘great’? As Rode states, ‘It is a striking paradox: one of the most accomplished film directors became virtually anonymous while his films remain pillars of popular culture'(p. xiii).

Alex Rode’s meticulously researched book goes a long way towards unpacking that paradox as well as answering many other questions on Curtiz, European filmmaking in the ‘Silent’ period and Hollywood filmmaking in the Studio Era. Curtiz was the company man par excellence, assigned to a wide array of projects from crime (Marked Women, 1937) adventure yarns (The Sea-Hawk, 1940), westerns (Dodge City, 1939), patriotic musicals (This is the Army, 1943), film noir (Mildred Pierce, 1945), biopics (Young Man With a Horn, 1950). He routinely directed as many as six pictures a year (In 1930, 32, 33, 35, 37 and 39, a prodigious output). He also maintained a prodigious batting average: of the five films he directed in 38, two (Angels with Dirty Faces  and The Adventures of Robin Hood) continue to be seen and admired; Four Daughters made a star of John Garfield and all (including Gold is Where You Find It) were major hits except Four’s A Crowd. An extraordinary achievement.

But that level of productivity might also explain why his films, so often praised as entertainments, of generic (Mildred Pierce) or sociological (This is the Army) significance are rarely thought to offer depth or nuance. The man who made what is arguably the most beloved film of all time (Casablanca) is nonetheless not thought to have made anything truly great, like say Vertigo or The Shop Around the Corner or even The Searchers. Curtiz’s film are praised for their pace, their visual sense and sometimes also for the clarity and wit of their story-telling. But there are no moments in Gurtiz’s oeuvre like, say, the ending of Tokyo Story, that move the heart with understanding.

One of the discoveries of this book is that Curtiz’ command of story in his Hollywood period might to an extent be due to his second or third wife Bess Meredyth (he was married to Ilonka Kováks who became a film star under the name of Lucy Doraine from 1918-1923 but we don’t know if he actually married Lily Damita who he became seriously involved with in the late twenties). Meredyth had been an actress. She and her first husband Wilfred Lucas had had their own production unit at Universal. She’d been the first professional screenwriter to work in Australia, had been a production supervisor in Rome on Ben-Hur, and remained a top Hollywood screenwriter at the time she met Curtiz. According to Rode, ‘Curtiz’s most enduring relationship would be with a woman who became much more than a lover. Meredyth would become his most trusted collaborator — someone he could bounce ideas off and work closely with on story and script development’ (p.81). They would remain married until his death in 1962.

C.B. De Mille represented the figure of the Hollywood director for the masses. But for many in the know Curtiz embodied the worst cliché of the Hollywood director. Like De Mille, Curtiz wore jodhpurs and boots on the set (though interestingly not in the majority of set stills one now finds on the web — presumably they had become a cliché by then though Rode’s book offers plenty of examples) and screamed from a megaphone. He was famous for mangling the English language: David Niven titled one of his memoirs ‘Bring on the Empty Horses’ after one of his utterings whilst filming a battle sequence in The Charge of the Light Brigade (1936). He cozied up to those in power (Zanuck, Jack Warner): It is Curtiz to whom Darryl Zanuck is said to have said ‘don’t say yes until I finish talking’. Curtiz nonetheless shared in all the moguls’ worst excesses; way into the fifties ,whilst Bess was home voluntarily bedridden and probably working on on one of his films, he was known to keep two mistresses and be open to whatever nubile extras crossed his path on the set, where he was a terror to underlings. 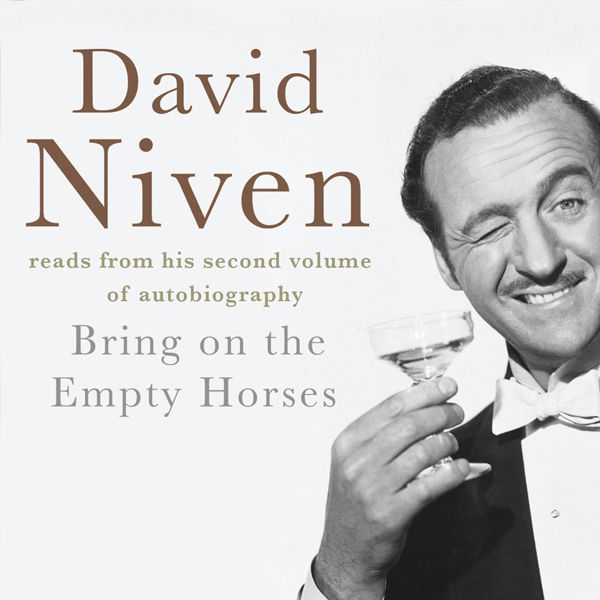 There are several instances recounted in the book where horses, stunt-people and even performers have terrible accidents, some dying, and Curtiz’ main concern is to get the shot and move on. According to Rode, ‘His reputation for explosive temper tantrums, the difficulty communicating in English, and his perceived disregard for the well being of others were notorious within the industry. During his first decade at Warner Bros, Curtiz’s demonic work ethic approached savagery as he pushed casts and crews past the breaking point of twenty-hour days and seven-day weeks. More than any other studio director, Curtiz was, in a perverse way, responsible for the founding of the Screen Actors’ Guild in 1933′ (p.11). Many stars (Davis, Bogart) refused to work with him once they had the power to make a choice.

One of the many things I learned from this meticulously researched book was just how extensive Curtiz’s pre-Hollywood career had been. In all he directed 181 films with roughly a third of them in Europe before the age of 38, which was his age when he landed in America in 1926.  Few realise that ‘he started out as a classically trained actor who virtually invented the film industry in his native Hungary. He ran a movie studio and directed scores of impressive films in Europe’ (p. xv). He received training as a filmmaker in Denmark as well as Hungary, made films in Paris, Berlin, Vienna, Prague as well as in his native Budapest. Changes in name accompanied changes in life circumstances. A birth certificate noting his name as Mano Kaminer born on December 25, 1886 is on file at the Jewish Community Archive in Budapest. He later changed his name to Mihály Kertész when he went on the stage as an actor, then Michael Kertész when he went to make films in Vienna and finally Michael Curtiz for his Hollywood career.

According to Rode, Curtiz was a cinematic pioneer who ‘made a seamless transition from the earliest hand-cranking cameras in silent films to directing the first sound feature at Warner Bros. in which the characters spoke their parts. He led the way in two and three-color Technicolor productions, directed the first motion picture produced in VistaVision, and worked extensively in CinemaScope (p. xvi).

The book is wonderful at delineating  different historical contexts, from technological developments to budgets, from the effects of the industry’s divestment of theatres on filmmaking to changing styles of acting and performing that help us understand the changes and developments in Curtiz’s career. The one I appreciated the most, maybe because I knew of it the least, was his time in Hungary and the artistic and intellectual circles to which he belonged to there: Bela Lugosi, Ferenc Molnár, Ladislav Wajda, Alexander Korda, S.Z.Sakall all mingled together in the cafés of Budapest.

What comes across in this book is a fundamentally kind man of enormous discipline, ferocious energy and extraordinary concentration, driven by fear, almost entirely focussed on sex and film-making, not necessarily in that order, and living for the moment. If one can find fault with Rode’s monumental work, and it’s hard to, I would have liked to know, if one can, the extent to which his being born a jew in Hungary during the Austrio-Hungarian Empire and then landing a success in Hollywood at the time when all the people he knew and loved back home were quickly being denied rights, rounded up into concentration camps and killed fuelled his actions, way of life and his art. This bubbles under and around the book’s narrative without quite being brought into focus as much as I’d like it to have been. But in the light of the achievements of this superb work, this is a minor quibble indeed. It’s a great book, a must read for anyone interested in the history of cinema.