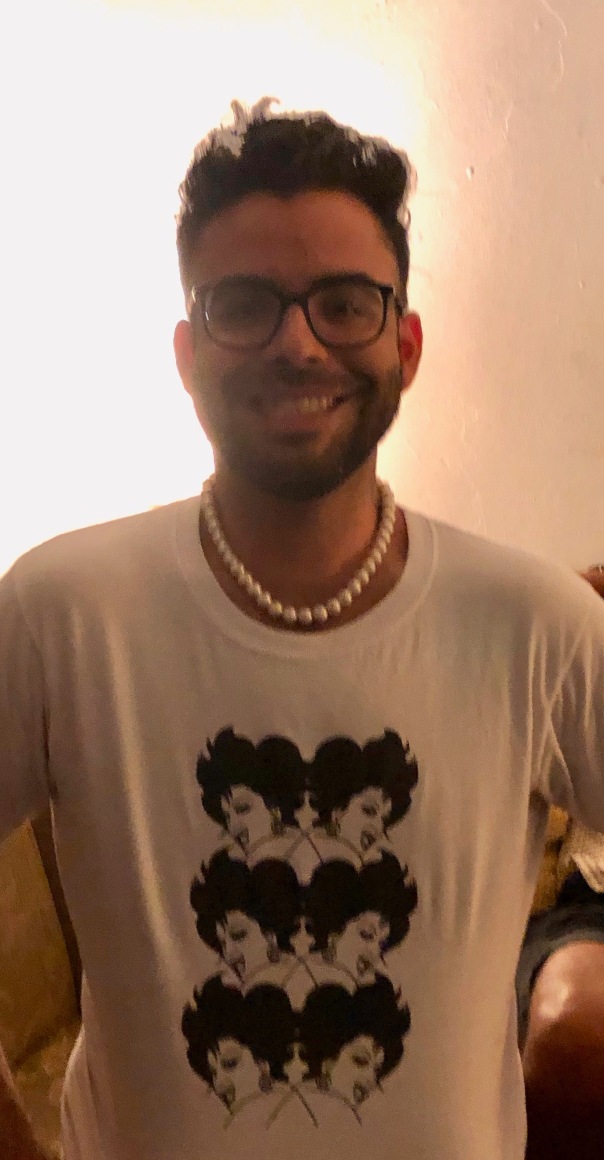 Juanjo Cid is an activist and filmmaker from the Dominican Republic. I first met him at the EICTV Film School in Cuba, the year there was a great gay carnival, a mini-pride parade in the courtyard of the school with rainbow flags, and drag, a bonfire and lots of music and dancing. The whole school joined in the celebrations. It was a joyful event which seemed amazing to me in Cuba, even if it did take place in the protected socio-cultural bubble that is the school.

I´ve been wanting to talk to Juanjo since I reconnected with him in the Dominican Republic last year. He´s at the centre of an intersection of art-making, night-clubbing and activism that is so interesting to me because it´s so archetypal of queer cultures world-wide. This is the first of a series of a series of excerpts of a very long conversation which took place in his home and which I will publish as different podcasts.

In this first one I wanted to know what constitutes gay activism in a poor country that, despite a recent burst of prosperity, is still ridden by poverty, inequality, corruption; one in which the Catholic Church still enjoys considerable power, and one in which an increasingly popular and very homophobic evangelical church is gaining in influence. Juanjo gives a thoughtful, articulate, and highly entertaining account of what drove him into queer activism ten years ago and why he continues to be involved today in organisations such as IURA (Individuales Unidos por Respeto y Armonía/ Individuals United for Respect and Harmony)

Juanjo´s account in this particular podcast should be of particular interest to those of you who are currently queer activists elsewhere or are working for NGO´s and International Agencies: ‘International Aid is amazing. Thank You!

The podcast can be listened to here: