Anyone who loves actors and acting will be charmed by this paean to the profession from Julien Duvivier. The story revolves around three actors, too old to work and too poor to retire independently, who end up on charity at the  Old Folks Homes for theatre folk provided by the profession. One of the joys of watching the film is to admire the different registers each of the actors play in. 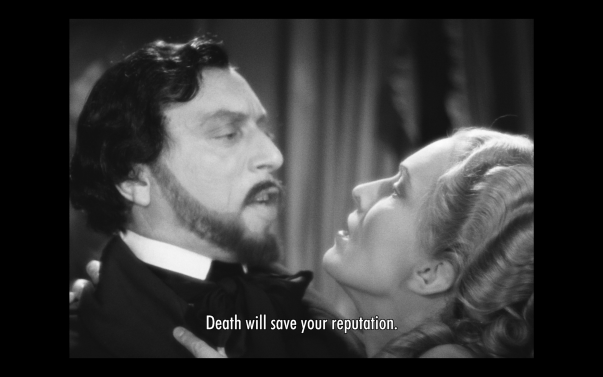 Louis Jouvet, both extremely stylised and yet understated plays Monsieur St. Clair, a matinee idol, great star of drawing room comedy and melodrama, a gambler in love with love, who trails a history of broken hearts and suicides behind him. Half the elderly ladies in the retirement home seem to have had a fling with him at some point, often a highlight of their lives. He can´t remember any of them, including that of a woman wo bore him a son, but loves them all.  He´s all shoulders backwards, nose in the air, performing on and off the stage, re-sending himself letters he once truly did receive. Can he get at least one more romantic girl to commit suicide over him before he dies?

Victor Francy is Marny, an actor worshipped by the profession for his handling of the classics, a darling of the critics, but also someone who never quite became a star and has turned dour, judgmental, closed-in and bitter . Marny despises Monsieur St. Clair for running off with his wife many years before, an adventure that resulted in her death, probably by suicide. Marny is a prig with a chip on his shoulder, far too easy to rile, always in a bad mood. Victor Francy, though always competent and believable, is simply not up to the heights of his two other co-stars.

The great Michel Simon is a wonder as Cabrissade, perennially an understudy, perennially a bit player: did he just never get the opportunity or was he not as talented a he thinks? Whatever, his is the spirit of fun, and anarchy and daring: very comparable to Monsieur St. Clare in many ways — the love of the profession, the love of adventure — but with Cassibride less selfish, less self-involved, more ethical, much kinder. That said, nothing is going to get in the way of his final chance. 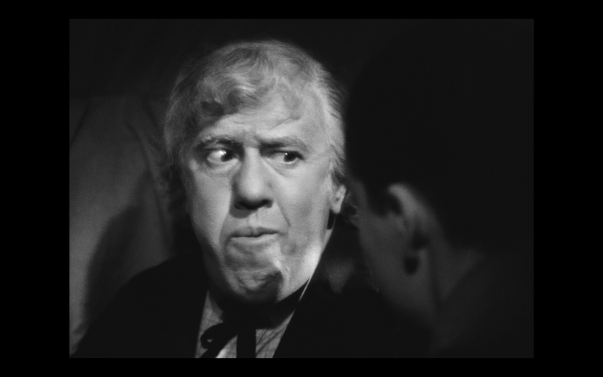 The film is full of show-business lore, the peccadilloes, the competition, the little resentments, the hierarchies, the love for the theatre. There is also much sadness and this is in many ways a bleak film: people are selfish, greedy, no good. But they´re romantic and foolish also, devoting their life to something that is beyond the instrumental: they love the applause but they also believe in the power of theatre to change people and change society. This redeems them in their eyes and the film suggests it should in ours as well.

Duvivier frames everything beautifully, keeps everything moving at a clip, and if anyone has doubts about how truly wondrous he can be with actors just look at Jouvet and Simon here. What skill, how they dazzle, two performances that could hardly be more different but could hardly be bettered.

This is the third film I´ve seen (Marie-Octobre and La Belle equipe are the others) in a handsome series of French classics restored by Pathe and available on 1080 blu-ray from the 4k restoration. They all have very good English sub-titling, which surprised me. 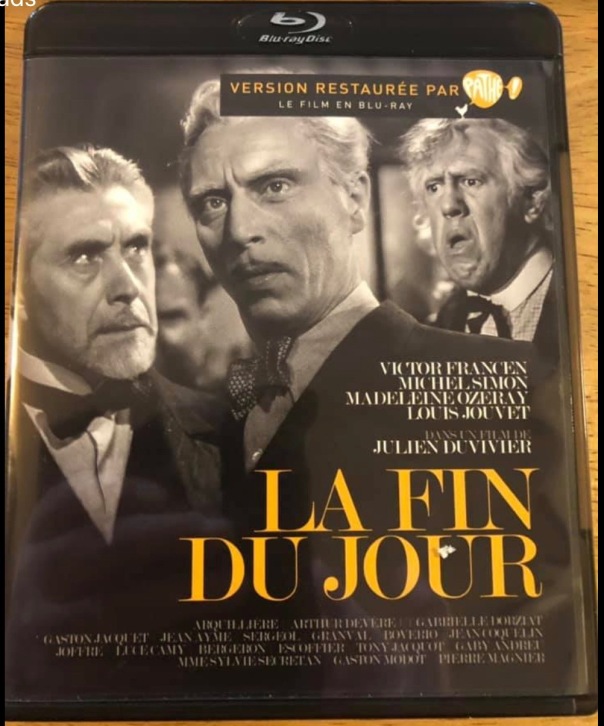 The film won Best Foreign Film at the 1939 National Board of Review Awards, and came second at the 1939 New York Film Critics Circle Awards.