You find us in contemplative mood, picking apart a film described by José as “genuinely puzzling” and Mike as “The House with a Doc in Its Walls”. The Little Stranger builds light gothic horror around class and ambition in 1940s Warwickshire, a stately home providing the setting of the action and focus of Domhnall Gleeson’s town doctor.

With some difficulty, we attempt to grasp the film’s themes and intentions, never quite feeling we get the full measure of it. It doesn’t help that it basks, to some extent, in ambiguity, and also that half the lines are mumbled so as to be rendered truly unintelligible. There are things we like, particularly its sure sense of era and class, and its rich production design, but we can’t overall say we recommend it.

What we can recommend, though, is a visit to Evesham’s Regal Cinema, where we saw the film. A multipurpose venue that hosts live shows as well as regular cinema screenings, it oozes charm and style. A leisurely Sunday drive amongst sunny A roads took us there, and what a lovely day was had by all. Even if the film was a bit disappointing.

We are in agreement on the extravagant thrill of the opening, and the electifying darkness of the sex school’s complex dynamics and brutal methods. Mike is less interested in what occurs when the action moves into the field, and holds out hope for an ambitious (and insane) conclusion; José, more realistic, expounds on why the film’s developments should be interesting enough for Mike as they are. The plot grows convoluted, the visual design less expressive, but ultimately we love what Red Sparrow offers and wish we’d caught it when it was at the cinema. 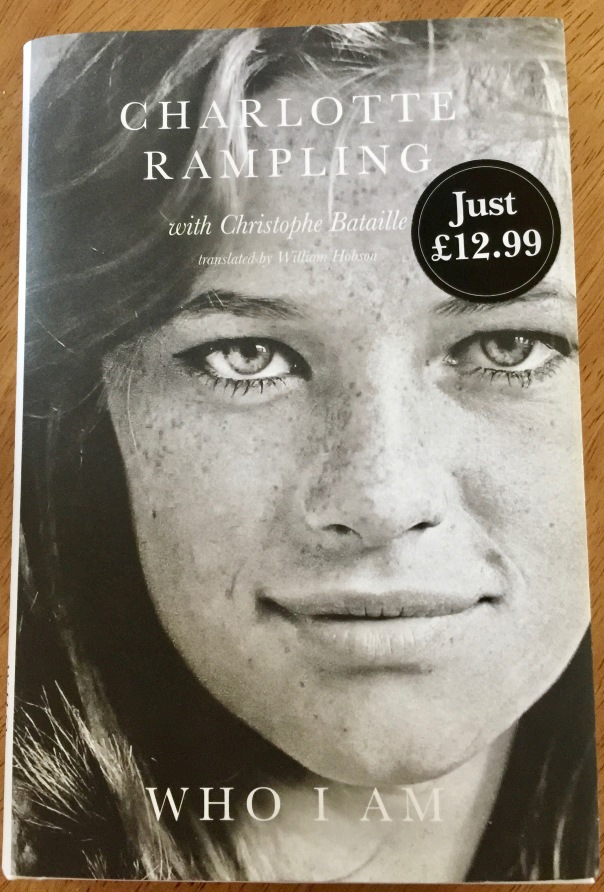 I got buyer’s remorse instantly and too quickly. I hadn’t looked properly or I wouldn’t have bought the book. I hadn’t realised it was originally written in French, by Christophe Bataille, that it was a translation, by William Hobson. Somewhat surprising for an English actress. Athough not, I suppose,  if one accepts that Charlotte Rampling has made her home in France for most of her life and is mainly famous for her work for Visconti, Liliana Cavani, Woody Allen and François Ozon. It’s a slim book too. ‘Not much for 12.99,’ I thought. The disappointment continued in the first few pages, written in that slightly abstract attempt at poetic elliptical thought that is so often the curse of French writing: ‘I look in the mirror and see a woman I do not recognise. A mosaic face made up of random pieces chosen by chance. A collection of expressions chosen and rearranged to form a face.’ Sigh.

After finishing the book, something that did not take long, I realised how wrong my first impression. Who I Am is a beautiful and handsome book, physically lovely to see, touch, handle. It’s also much more personal and revelatory than a conventional biography. We get to know of Rampling’s childhood, are introduced to personal letters of her parents’ first meeting, her growing up, her relationship with her sister and particularly her father, the devastation to both first when the sister dies then when her death is revealed to be suicide. All lavishly illustrated with what amounts to a very personal family album. We get to understand the roots of the reticence, beauty, daring – that sense a whirlpool of feeling, much of it melancholic, all under the surface, that Rampling has expressed so well in over four decades of cinema. The story is fragments of memory, as told to friend and as written by a poet. It’s very moving, lingers in the mind and makes you want to reread passages to make fuller sense of an initial premise:

‘The laughter and the tears become indistinguishable. We lock them away. For the Ramplings, the heart is a safe. Kept by generations, the family secret becomes a legend. We only know how to keep silent.

People stare at you. They come closer. They back away’.

In spite of the co-authoring, the rendering and writing, the translating, this beautiful book also ends up seeming a very English book.

Who I Am, by Charlotte Rampling with Christophe Bataille, translated by William Hobson, London: Icon Books, 2017.