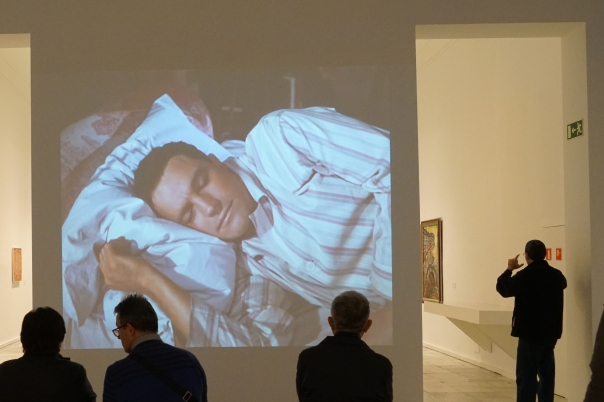 Do museums disdain cinema? One need look no further than the uses they make of it. A recent visit to the Queen Sofia Museum demonstrated that it deployed cinema throughout its various exhibits and in various ways. But nowhere in the museum is the cinema exhibited so as the equal of any other art work. There’s a lip service paid to cinema as an art. But the museum’s practices in relation to it convey quite another message.

There was Gene Kelly in a snippet of An American in Paris in the ´Lost, Loose and Loved: Foreign Artists in Paris 1944-1968 exhibit (see picture above), which, by the way, is one of the worst instances of translation I’ve ever come across. The original ´Paris pese a todo´translates more closely to ´Paris in Spite of Everything,´a sexier, catchier, more accurate title. And there was an audience around it, finding it just as captivating as ever, in spite of the light dimming its images, the sound barely heard.

There was Yves Montand in Costa-Gavras´L´Aveau (1970) at the entrance of ´The Eruption of the 20th Century: Utopias and Conflicts´exhibit; and Gilo Pontecorvo´s The Battle of Algiers at the entrance of  the´Is the War Over: Art in a Divided World´ exhibition (see below). The clip frames the entrance to the exhibit but merely as something undeserving of attention, something one walks through to get to the ´real´art. 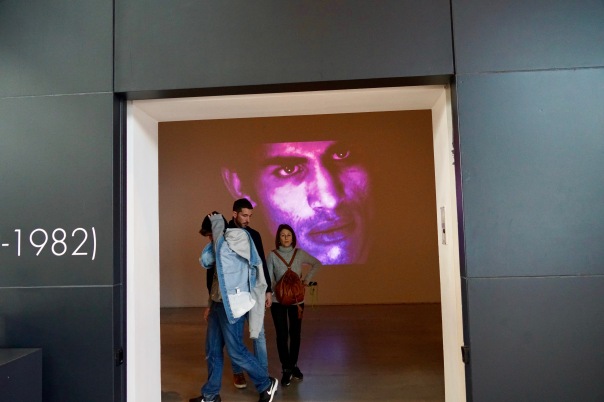 There was a little makeshift cinema were the public wandering around the collection of surrealists might sit for a while and wonder at the Dalí/Buñuel Un chien Andalou (see below). And again, a small audience sat rapt. The museum keeps showing films as something for audience to glance at or pass through; yet, the walked at a fast clip through all the Dalí paintings whilst sitting for the film (though to be fair, seats are always at a premium in museums). 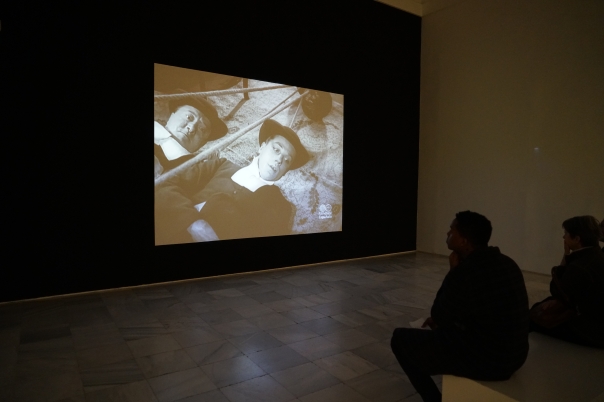 There were snippets of Hans Richter and Chris Marker and animated films and documentaries on the artists showcased by the museum such as Dorotea Tanning. Cinema was everywhere as document, as illustration, as complement to the more important art and artists. But never there as art in and of itself, the greatest produced in the last 150 years.

A museum that will spend hundreds of thousands of pounds transporting, insuring, hanging, lighting, designing a visual showcase for any old Warhol piss painting treats cinema like shit.

Nothing demonstrated this better than the space given to Almodóvar´s Entre tinieblas/Dark Hideout in the ´The Poetics of Democracy: Images and Counter-images from the Spanish Transition.´ As you can see below, the film gets a whole room. The poster is well represented. The work of Ceesepe, who designed the poster, is well represented… 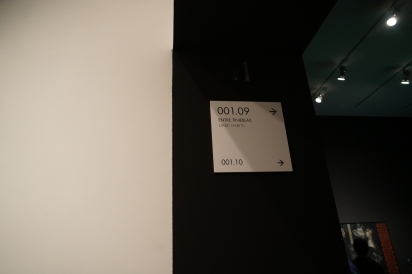 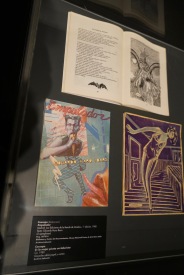 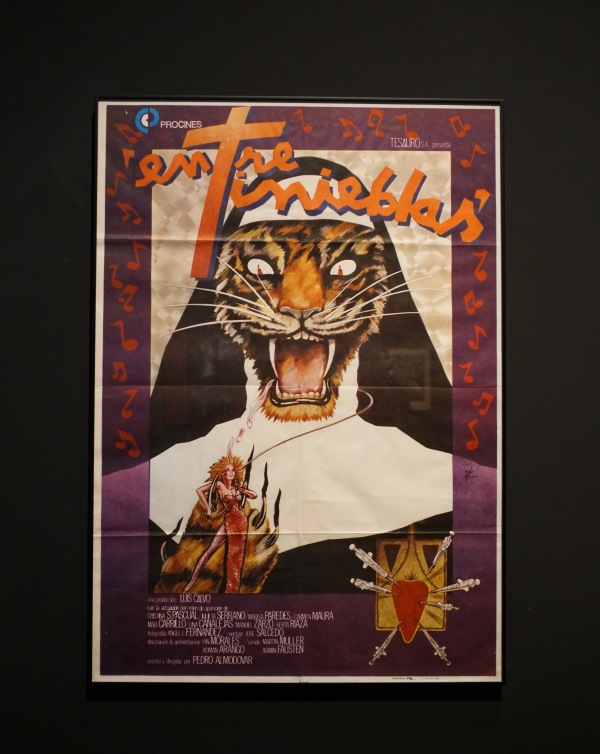 But the presentation of the film itself, as you can see below, is disgraceful: 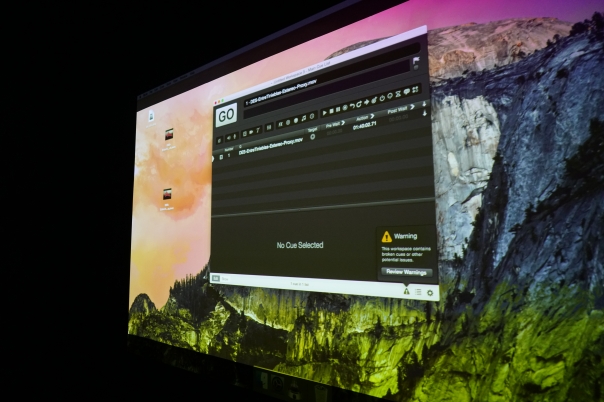 It seems that when a museum conceives of an audio-visual project as high art, no expense is spared. One need only see the room and context which houses Christian Marcla´s The Clock currently on at the Tate Modern, though even there all aspect ratios of the original works are eliminated in the interests of having the edited collection fill in the same amount of space, the beauty and value of the original popular art sacrificed in the interests of the type of art that is considered to rightly belong in the museum.

This is not just a disdain for the form itself, and I reiterate, the very greatest of the popular arts, but of the people who watched it, people of all walks of life who sat moved, enthralled or bored, who found beauty and relevance in the works so cavalierly treated by what are meant to be the repositories of our collective culture. Why don’t they just pin a photocopy of a Monet, with the colours changed the way they do in the postcards they sell at the shop museum? The idea is appalling no? Well so is showing film in this way. Pricks.

2 thoughts on “The Museum´s Disdain for Cinema”