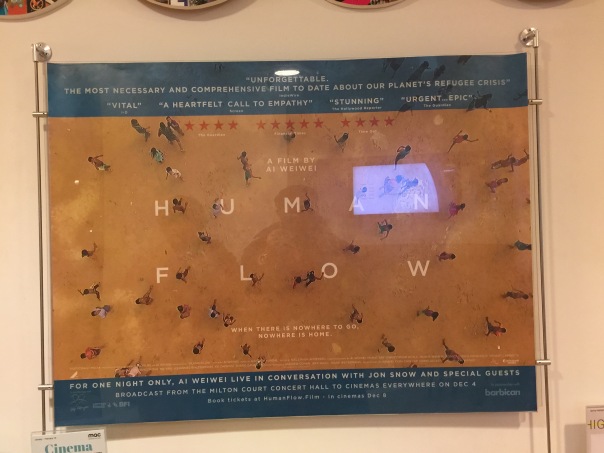 Ai Weiwei brings displaced peoples from across the world together in his documentary on the global refugee crisis. In the podcast below, we discuss their plight, the film’s use of poetry, Weiwei’s imagery, and the countless ways in which he humanises people who are insulted, ignored, used as bargaining chips, and condemned to lives of confinement with no end in sight. Weiwei is kind, respectful, occasionally playful; the film itself is uncompromising. It’s a film that makes you want to do  something about what you’ve just seen,

José Arroyo and  Michael Glass of Writing About Film